Master the Art of Python Coding

Are you ready? Learn basics and advanced concepts of Python through practical programming from the best training institute now in your city. Enroll at Online Idea Lab, New York.

New York City was named one of the top 10 places in the USA to find a job in the year 2018. Over one million businesses exist in this city, with new ones cropping up constantly. The IT sector has been claiming a greater share in North America - specifically New York City from many years now. New York has become the leading Internet hub and telecommunications center.

This, in turn, calls for a huge number of certified and skilled resources with Python knowledge. There are more than 70,000 Python jobs currently available in the US alone(source: indeed.com). The average Python Developer salary is $120,000 per year or $61.54 per hour(source: neuvoo.com).

Learning Python from a premier training institute like Online Idea Lab would be your best bet. Our Python course NYC covers topics on both fundamentals and advanced concepts so that you can become hands-on and a versatile programmer. 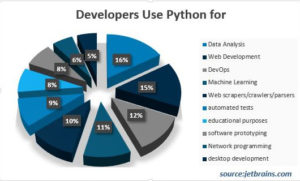 Python is for Everyone!

Enterprises are choosing Python as it is agile, innovative, and efficient. With Python, you can do the broadest and deepest functionality, make computing environment more secure and adapt to modern application development practices.

You will understand how Python is more productive than other high levels languages such as C# and Java, its use in automation, IoT, Big Data, and Data Science. You will also learn how Python is ideal for multi-programmer and large development teams. 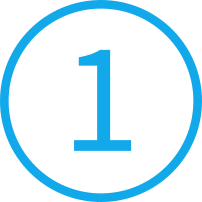 Employers are looking for fully stacked programmers with Python skills and hence more job opportunities and high salary across IT industry.

With Python classes NYC, you can apply for a data engineer, full-stack developer, data scientist, scripting, or Python automation role.

Almost everybody can engage with Python at the level they need as it's a community development language.

How much do you know about Python?
Take our free test.

This course delivers basics and advanced Python programming concepts along with practicals.

A Brief About Data Science

Ask for a free demo session and evaluate the training before you make up your mind about the course.

Why Go for Online Idea Lab?

At the end of our Python course NYC, you can demonstrate your Python skills at the workplace or advance in your job role.

Python classes NYC help you evaluate your skills and gives much needed motivation to put your best foot forward.

During the course, you will master Python program concepts by working on sample projects, practical labs, and live demos.

Learn from our professional trainers who have excellent knowledge of real-time programming. They will guide you with live demos and coding exercises.

Having employees with a Python certification brings a multitude of benefits to company and its skills framework.

Learning to write programs stretches your mind, helps you think better, and creates a way of thinking about things.

I am working in Data Analytics for the last two years but always felt I should have Python understanding. I joined the training here and believe me, this was by far the best training I have recieved.

One-to-one interaction, hands-on practicals, detailed curriculum make this institute one of the best in the city. I strongly recommend them!

Please fill-up this form and we will reach you out soon!